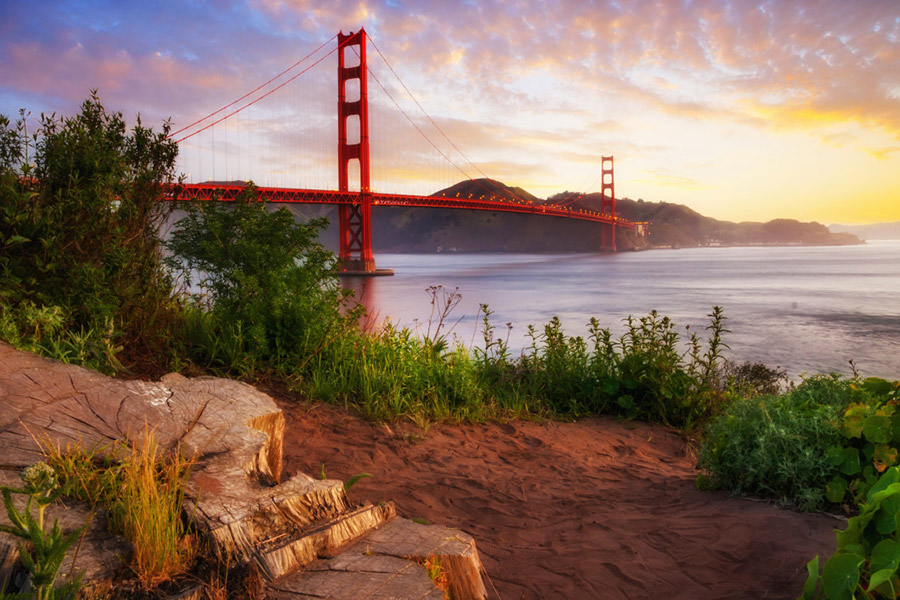 I’ve been to San Francisco many times. Over the years I’ve seen it go from a beautiful metropolis and vibrant commercial center, to a city under construction 24/7, with too many cars, scarce, crazy-expensive parking, and until a few months ago the place my son called home. More recently I was able to spend an enjoyable weekend with a few Monterey-area girlfriends who like to co-celebrate our March birthdays. They drove home. I sheltered in place.

In past years I had noticed the streets were becoming dirtier than usual, much of the “litter” left by –and consisted of– “the homeless.” I was shocked to witness one day, one of the homeless using a needle to inject something between his toes. Heroin? Yeah, probably…but I didn’t ask. I was too disgusted to care what, or why, or who.

This was about the same time the City by the Bay became known for the feces in the streets rather than the trolleys on its streets. Sure, some of the street schmear was dog poop but now there were sightings, videos actually, of humans defecating under the public eye. An app named SnapCrap was developed. How very Silicon Valley! Homeless encampments grew like a spreading viral attack. No two ways about it. San Francisco had a growing homeless problem. And a litter problem. But I don’t live there so, hey, not my problem.

But on my most recent visit, at the onset of a literal viral attack, I was staying in a sweet three bedroom, three bath suite with a full kitchen and such a well-stocked pantry and fridge that I could have filmed an episode of “Chopped Sweets”. I was alone and lonely, but comfortable, so I dutifully obeyed the order to stay “home” until such time as the timeshare company would legally evict me. My reservation was to end on March 27. The Wyndham Canterbury felt post- apocalyptic. The lobby was empty. A skeleton crew. We few guests greeted each other warmly – at a distance. Air hugs and all. Outside, parking spots were abundant. Empty busses ran past. No need to stop. No passengers to drop off or pick up. Garbage trucks noisily emptied the cans. The roar of those huge beasts echoed off empty canyon walls. Ambulance sirens pierced the air, shooing away no cars. Stray Uber Eats vehicles owned the road. I feared the government would close the gates on me so I planned my escape. Time to get out of Dodge.

I quickly bought a cheap used car off Craig’s List and prepared to bolt. On my last night (it would be the first day of spring). I looked down from my 3rd floor window onto Sutter Street. I saw something I had never seen before – a homeless person. This man was not “the homeless.” He was a person. He was one man alone on the sidewalk. It shot through me like an arrow. How had I never seen this? Here was a single person, exposed to the cold, speaking aloud to no one. No longer buried under the collective heap of “the homeless.” No longer an ingredient in Big City Stew.

To make this scene even more dramatic he sat under a single bright light that enveloped him. Now appearing: Solo Man. There he sat in the spotlight on a dark and barren stage, speaking his lines, using the most meager of props, wearing a very authentic costume. His breath was visible in the light. It must have been cold outside. Outside, where he lives. All day long. Night after night. I thought again about the word eviction. He would have been nominated as “Most Evictable Soul”. He was, sadly, ineligible. In film, drama, and art, light is often used to convey an awakening. And this time, for the first time, I saw the light.